by Tricia Booker Photography on November 22, 2016

The Skyland Farm team traveled to the RMI Raleigh Benefit Horse Show, November 16-20 in North Carolina, and finished the 2016 show season with a combination of amazing results and lots of fun.

A highlight of the week was Friday night’s Rotating Pair Relay, where Emma Pell and Chiara Carney entertained the spectators with not only their costumes but also their exciting performance. Emma was the “robber” on Amelie and Chiara was the “cop” riding Ari 55, and they switched off jumping the course in a relay fashion without faults to finished second to winners Tracy Magness and Wendy Libert who rode as simple pleasures “pizza” and “beer.” It was a great class and so much fun for everyone!

“I’ve never seen Chiara go that fast and leave strides out,” said trainer Denice Perry. “Emma rode so well, too, and they made a formidable team. It was such a great class and everyone enjoyed it so much.”

“Emma and Amelie are a relatively new partnership, but they’ve already clicked,” said Denice. “They’re an amazing team, go so fast and love each other.”

Leslie Kopp concluded her banner show season with more accolades in the jumper and hunter rings. She earned ribbons in the Low Children’s/Adult Jumpers aboard Cardine and also picked up placings with Carduzo as well.

Leslie’s time in the hunter ring was especially memorable at RMI for her victory in the Amateur-Owner Hunter Classic and championship honors in the 3’3″ Amateur-Owner Hunter section with Gone Country. Earlier in the week, Chiara Carney also piloted Gone Country to the tricolor in the Green/High Performance Hunters for an especially rewarding week for the elegant bay.

Leslie also earned excellent prizes in the same section aboard Fenwick, who also took home championship honors in the 3’6″ Performance Hunters with Chiara.

Michele Trufant and her longtime partner Prime Time captured championship honors in the Adult Amateur, 36 and over, section with consistent results in every single class. Michele also brought her up-and-coming Thoroughbred Dancing Ollie for some show experience with Denice in the irons, and he was rewarded with the TIP High-Point Thoroughbred Hunter Award. Ollie also earned the reserve championship in the Training Hunters.

Denice and Clifton Farms LLC’s Jelti Js made their USHJA International Hunter Derby debut at RMI, taking fifth place overall after claiming sixth in the Classic Round and fourth in the Handy Round. “She was really fun,” said Denice. “I think she’ll have a super future with Virginia Bonnie in the Large Juniors and equitation classes this winter in Thermal, California. I wish them the best of luck. She’s a special mare!” 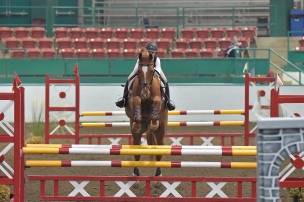 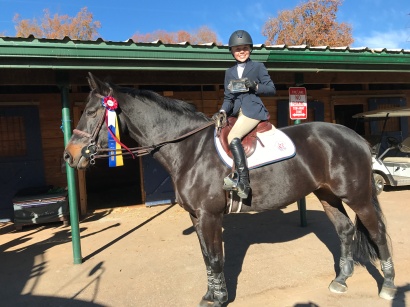 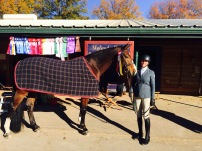 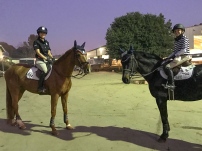 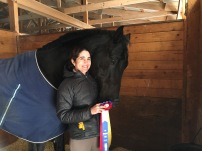 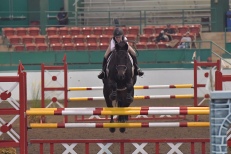