After a super successful week during the Upperville Colt & Horse Show, Skyland Farm clients and horses continued their excellent performances during the Loudoun Benefit Horse Show, held on the same show grounds in Upperville, Virginia, from June 15-19.

Championship ribbons began accumulating from the start of the week, with Leslie Kopp’s Fenwick earning the 3’3″ Performance Hunter Championship with Chiara Carney aboard. Leslie also earned excellent ribbons later in the week aboard Fenwick in the 3’3″ Amateur-Owner, 36 and over, section.

Amelie and Alexandra Tippett jumped to the Low Adult Amateur Jumper Championship after top placings in the section as well as victory in the Classic. Similarly, Virginia Bonnie and her Wishful Thinking captured the Low Children’s Jumper Classic blue ribbon on their way to the section championship. Virginia continued her winning ways in the hunter ring as well, guiding Blue A Kiss to the Large Pony Hunter reserve championship in this hotly contested pony section. The pair also won the Pony Hunter Classic, topping a field of 19 entries.

Emma Pell added blue ribbons to her collection with wins with Checkmate in the Medium Pony Hunters and Ari 55 in the jumpers. Leslie Kopp also placed well in the Adult Jumpers with Carduzo and El Cano as did Kaylin Dines and Why Not, while Virginia Bonnie soared to top placings on Captiva, her newest mount. Michele Trufant guided her Prime Time and Dancing Ollie to excellent performances, with Dancing Ollie earning the reserve championship in the Open Hunters, and Danielle DeRisio rode Skyland Farm’s veteran Placido to ribbons in the Children’s Hunter, 15-17, section.

“Skyland horses and riders were awesome throughout the week,” said trainer Denice Perry. “Many new combinations made successful debuts, and we are all really excited about the summer. I’d like to thank all of the Skyland team for making the past two weeks quite memorable. The team of Orlando, Ruben, Samuel, Jamie, Manuel and Chiara deserve a huge thank you!”

We hope you enjoy this collection of fun photos from the week–so many great memories made! 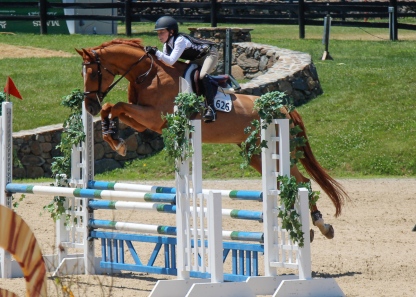 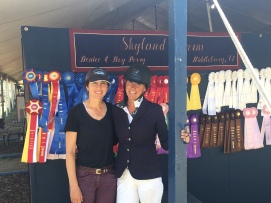 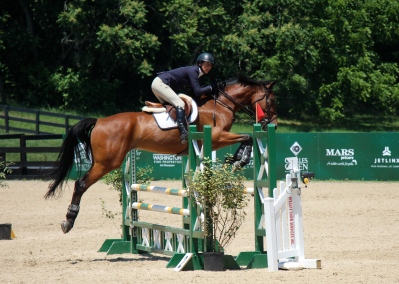 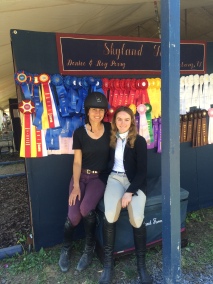 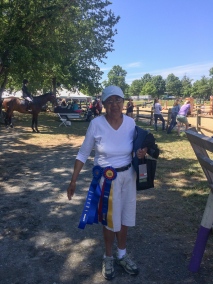 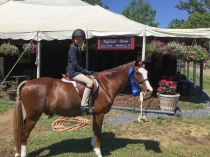