Jump For The Children

by Tricia Booker Photography on November 11, 2014 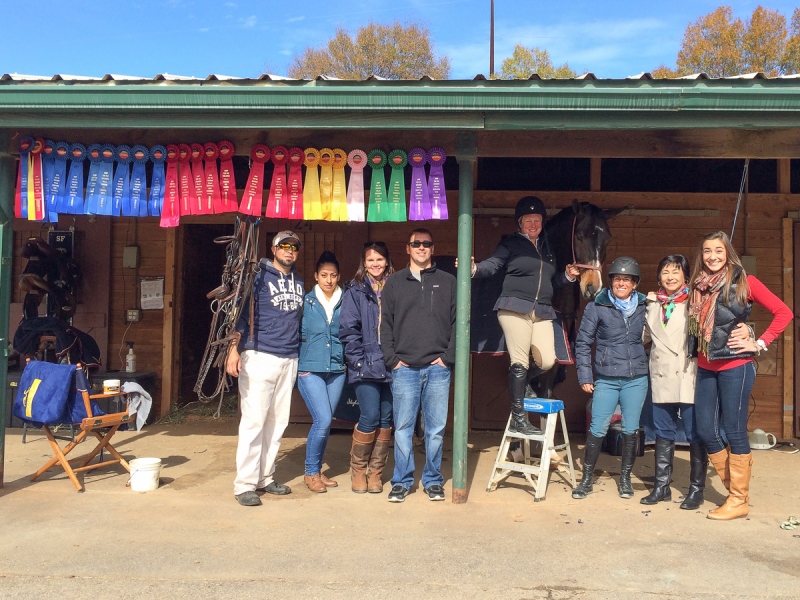 The Skyland Farm team traveled to Raleigh, North Carolina, for the Jump For The Children Horse Show, November 4-9. This is always a fun and relaxed show, and this year was no exception. Beautiful ribbons adorned the Skyland tack room after it was all said and done, and lots of memorable moments were made.

In the pony ring, Emma Pell and H.G. Mud Puddles made their show ring debut a winning one. “They had a stellar first performance, winning the Small Pony Hunter Reserve Championship their first time out,” said Perry. “Emma was also super on Carol Eichner’s Damingo in the Small/Medium Green Ponies.”

The pair earned numerous ribbons over fences before Damingo did double duty, carrying Liza Gasiorowski to a blue ribbon in the Leadline class.

Skyland Farm’s talented young mare Chaufante was super and earned two second-placed ribbons in the Schooling Hunters and won both Baby Green over fences classes and the Warm-Up on Wednesday to collect the Reserve Championship.

“We also had a fun with a visit from Alex Tippett and her mom,” said Denice. “We miss having her show, but I know she’s having a wonderful time at college.”

Former student Christina Mangano returned to the show ring after a long hiatus and catch rode a sale horse for trainer Gavin Moylen. “She won numerous ribbons, including two second places over fences, with Chocolate Boy. She rides the hunters as well as she always did,” said Denice with a smile. “I think it was seven or eight hers from her last hunter ride, but she didn’t miss a beat and rode beautifully.” 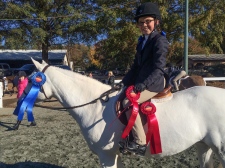