by Tricia Booker Photography on November 5, 2014 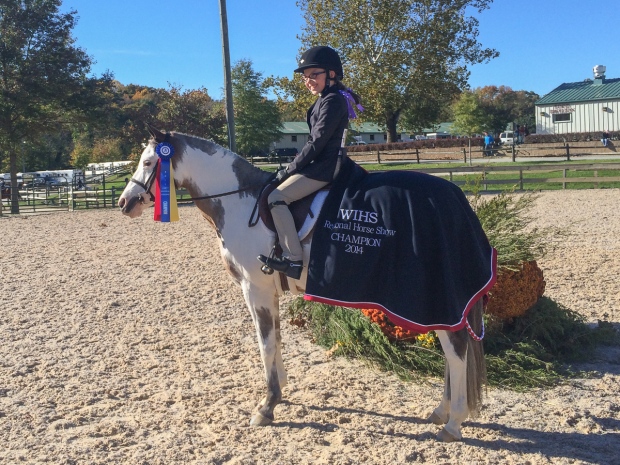 Emma Pell and Damingo starred in the Pre-Children’s Hunter Pony section, winning the championship with blue ribbons in both over fences classes and second place in the under saddle.

Joann Dana and The Impressionist impressed over fences in the Low Children’s/Adult Hunter section, taking a blue and the reserve championship.

Trainer Denice Perry guided her own young mare Chaufante to the reserve championship in the Baby Green Hunter section, with a blue over fences and second under saddle.